Örvar looks on with impatience as the gates open and the half-starved force defending Vestergautland marches out under a white flag. The long siege has come to an end. The night sky lights up regularly with flashes of fire and the clink-clink of the marching men is drowned out by thunderous noise. Nobody seems to know why this is but Örvar is pleased. It seems a fitting and momentous portend. In a few minutes he’ll receive the surrender of king Oddr ‘the Bewitched’ and he himself will be crowned king of Vestergautland and freed from vassalage to the King of Sjælland.

How far he has come. Örvar casts his mind back to the situation just a few years ago when the land was awash with impostors claiming to be him and acting in his name. Of course, he has had them all hanged, drawn, quartered and burned and noone ever talks about them ever and everyone agrees this is for the best. 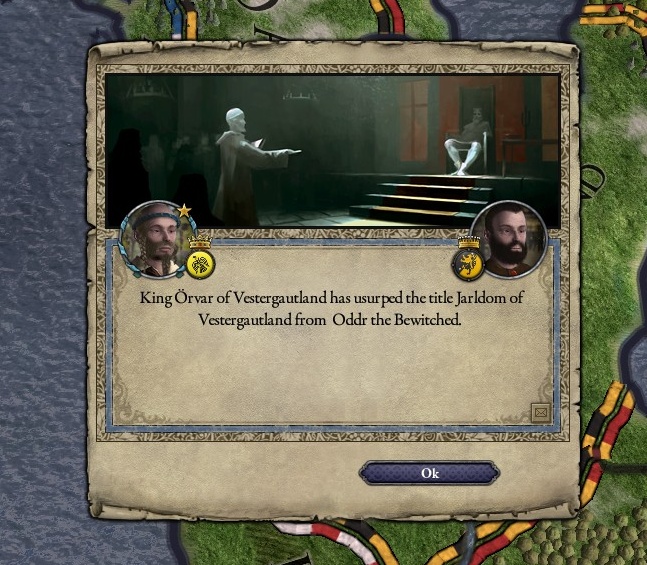 As Oddr comes before Örvar, he drops to his knee and hails Örvar as king of Vestergautland and Örvar accepts his fealty. His men cheer and acclaim him king and conqueror.

But Örvar is unmoved. He drinks deeply of his mead and wipes the foam away from his beard with one hand while calling for more with the other.

– Dude, if you don’t tell me, I’ll just make something up and pass it around. I can do that, you know. I’m your liege lord now. I can say someone made your dick shrivel up and wither. Gotta remember that.

– Very well, my lord. A witch bewitched me. I had offended her. Odin knows I suck at diplomacy, I had called her ‘Tammy Toady Tits’ to my courtiers amusement. So she cursed me and all my descendants. She foretold that we would only serve as stepping stones to the greatness of others. Also, she made my dick shrivel up and wither. Shortly after my younger son was tricked by our enemies into killing his brother and now you have taken my title.

– Cheer up, man. You’ve still got two counties and a son. And you’ve got me as a liege.

Örvar smiles beatifically at him. As Oddr looks like he’s about to cry. Örvar pretends to spot a friend in the other end of the hall and hastily makes his excuses. 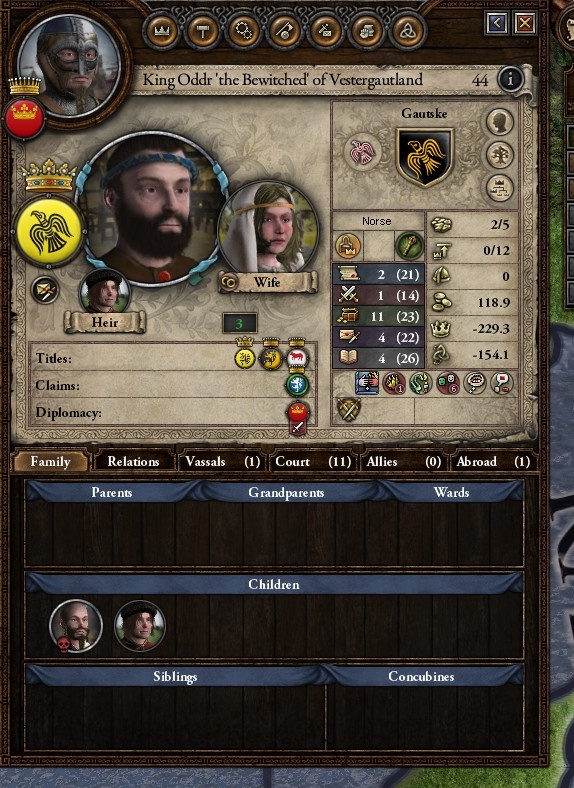