Anybody who has played Moirai has their own story. If you have played it you will know what I’m talking about. If you haven’t, stop reading and do it now.

END_OF_DOCUMENT_TOKEN_TO_BE_REPLACED

The police woman was hogging the computer. That’s my excuse. By “the computer”, I mean one of the five or six in the police station, the rest of which were at my disposal. And by “was hogging” I mean “using in her work hours”. But I wanted the one she was using and I didn’t want to wait.

So I started one of the other computers and used it first to zap her into a sleep state and then to magically transport her onto the bed of one of her own cells. After I had changed the cell door to only allow people named “Sebastian” through, of course. It’s not my fault if she’s not called Sebastian. It’s not like it’s a closed membership club, anyone is free to join.

Turns out her computer was nothing special, so I left pretty quickly. It’s been a couple of days now. I really should go check on her.

I want access to the mayor’s apartment but the guard standing in front of it won’t let me past. I try to find a way to remove her but eventually I figure there’s an easier way: Hack another door to give access to the mayor’s apartment rather than the room behind it. Closest one at hand is the mayor’s aide’s apartment on the opposite side of the town hall. I hazard a guess at the name of the mayoral apartment door. Success, I’m in. I find nothing of interest and leave by the back door. On returning to the town hall a curious sight greets me. It’s late and the aide is drowsily returning to his apartment. Only when he enters by the door to his own apartment he finds himself back in the mayor’s. And so he keeps endlessly traversing the town hall in search of home and rest and finding neither. It’s almost Greek.

GoogleFeud is a simple game about second guessing Google’s autocomplete. As in ‘How will Google suggest ending the following beginning of a search query?’ It’s harder than you might think. I certainly suck at it.

END_OF_DOCUMENT_TOKEN_TO_BE_REPLACED

Videos will promote positive sentiment about the game. Videos must not show bugs or glitches that may exist.

— Quote from the boilerplate agreement YouTubers are presented with in the promotion of Middle-Earth: Shadow of Mordor.

Maybe I’m just unfamiliar with legal marketing speak but something about the tone creeps me out.

I snatched up the three newer expansion packs for CK2 at a Steam sale, very apropos of the last post. Seeing as most everything was 75% off I even paid up for some custom culture portraits which change the appearance of the affected culture’s characters from the default vaguely northwestern European to something more local. Are they any good? Well, they’re different. 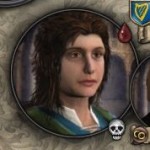 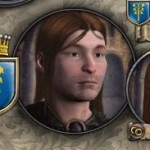 Norsemen on the other hand come out as blood drained vampires. 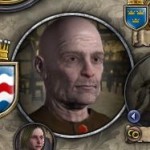 … or some freaky zombie-mummy hybrid.

FTL is like poker. It’s a game of skill but you still spend most of the time praying and hoping for some scraping of good luck. You know you should carefully weigh the odds but fuck it, baby needs a new Ion Blaster.